So you’ve seen “phoon too much for zblock“, and want to know how to Bunny Hop like a Speed Demon. Well, the good thing Is Bhopping Is easy, and It just takes a little bit of practice! The great thing about Bunny Hopping Is that It’s built Into every game that runs on the Source Engine. So If you can learn how to BHOP In one game, you will know how to BHOP In all of the games!

This guide will teach you how to BHOP In the following games,

A BHOP, also referred to as Bunny Hop, Is a mechanism In the Source Engine that allows you to gain speed by jumping and strafing. In earlier versions of the engine, there was no speed cap/limit, so you could In theory gain Infinite speed by bhopping around the map. After developers caught on to the Issue, they put In place a speed cap to prevent abuse.

You may be wondering what the point of a Bunny Hop Is. It all boils down to one thing, Speed. The faster you’re moving, the harder you are going to be to hit. Imagine you are a T on Dust 2, and can get from T Spawn to A Long doors before the CT even has a chance to turn the corner. This Is going to give you a huge advantage, especially If you’re already posted up with an AWP watching the corner, waiting for the unsuspecting CT to round the corner. Easy pick, easy 5v4, easy site take, easy round.

If you want to properly BHOP, you are going to need the right equipment. While there Is really no “wrong” equipment, having a nice mousepad, a good gaming mouse with a nice scroll wheel, and a tactile keyboard will do wonders.

While you can BHOP with your keyboards space bar, you really shouldn’t. You have a much higher chance of landing your BHOP more consistently by using your mouse scroll wheel. So how do you use your scroll wheel to jump In CSGO, CSS, and Garry’s Mod? You simply press the “~” key to open the “Console”. Then type or copy and paste the following commands,

Those commands will make It so scroll wheel up and scroll wheel down make you jump instead of your space bar. If you prefer to only use down or up to jump, simply select which direction you want to use and copy and paste the one command from above.

Now you’re ready to start practicing! Here Is where most would say to start up your own server to practice. We recommend you join one of the many community BHOP servers to practice. Why? If you use your own private server to practice, there Is no latency. You can get extremely good at Bunny Hopping on local servers, but when game time comes you will not land a single BHOP. That’s because In a regular game you will experience latency, which you can see as Ping.

You need to practice In an actual game environment so your timings aren’t off due to having no latency/ping on a private server.

Strafe Jumping Is used to gain momentum, and Is the most Important part of the BHOP. To Strafe, simply run forward with your “W” key. Jump, and when you jump, let go of “W” and hold down “A”. While doing this, move your mouse to the left In a smooth motion. The same goes for a right strafe, except when you jump and let go of the “W” key, hold “D”, and move your mouse to the right In a smooth motion. Being smooth Is extremely Important, because If your movement Is too fast, slow, or jerky, It can cause you to actually loose speed.

Now you just have to put It all together! After your first hop, you should no longer be holding the “W” key. Komplete 10 ultimate crack mac torrent. In fact, once you have started your bunny hop, the only keys you will be pressing are A and D.

Bhops really come down to getting your jump timings right. After a couple days of practicing, you should have the concept down and be able to start Bhopping In your matches. You can practice your jump timings without strafing If that makes things easier as you learn. Simply hold “W”, jump, let go of “W”, and keeping jumping. Trying to time your jumps out so you maintain speed. You will know If you’re doing It right when you keep moving forward, simply by jumping.

Here Is an example of how much speed a BHOP can give you In an actual match, and how useful It Is In getting around the map. The great thing about BHOPS In CSGO are they dampen your footsteps, so this poor CT didn’t even know I had turned the corner! Unfortunately for me, I didn’t see the CT In Apartments bedroom when I passed which got me fragged. Cut It out of the video for prides sake ;(

Don’t get discouraged! Mastering the art of the BHOP takes time, and It’s not going to happen In a day. Only Phoon was born with the ability to BHOP straight from the womb. Luckily there are tons of videos online to teach you If you need more help. If you have any questions, feel free to ask them In the comments below!

Playing Garry’s Mod? You might need the css textures before joining BHOP servers.

Anyone can learn how to bhop with enough practice. It will give you a competitive edge against your opponents, and look cool while doing It 😀 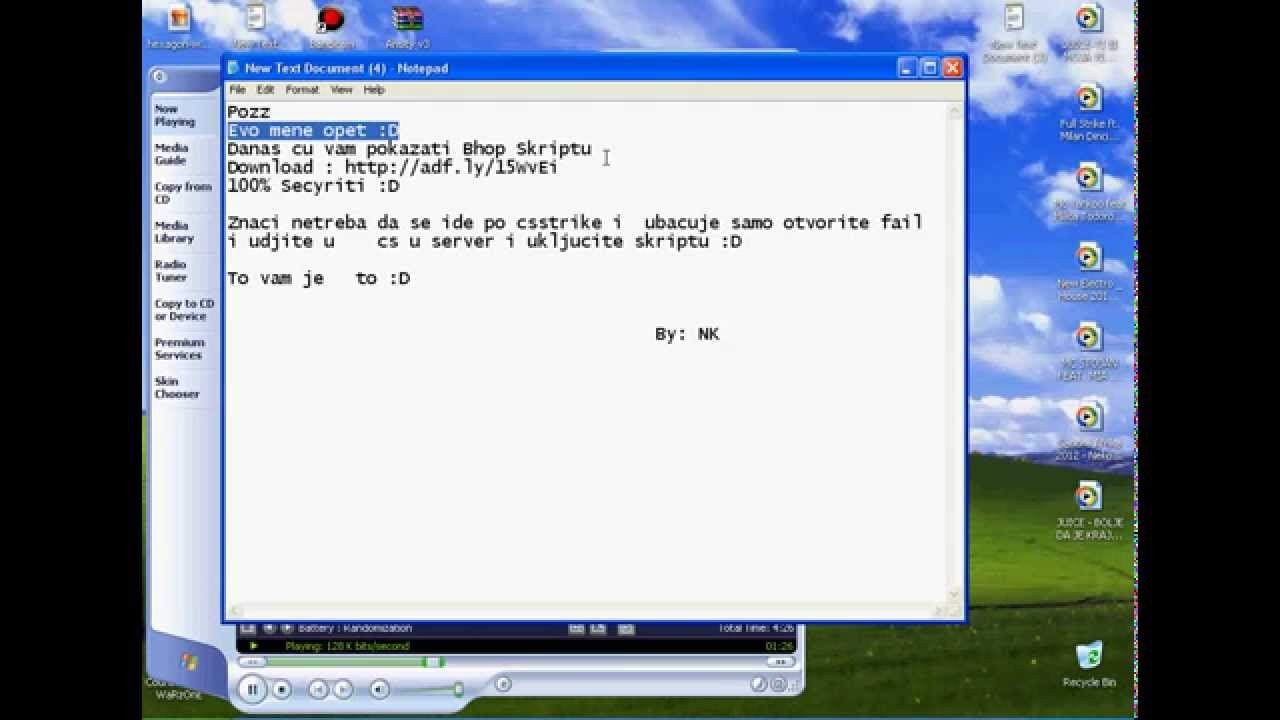