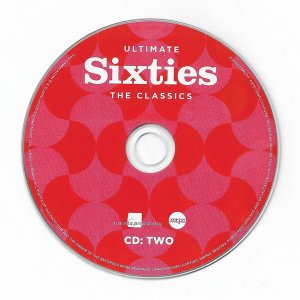 Concord Music Group continues its Stax Remastered series with the release of Booker T. & the MGs’ 1962 masterpiece, Green Onions. The record has been remastered by legendary engineer Joe Tarantino and remains one of the most exciting instrumental recordings of all time. Green Onions features the classic line-up of Booker T. Jones, Steve Cropper, Al Jackson, Jr. and Lewis Steinberg. “Green Onions” is included on Rolling Stone’s “500 Greatest Songs of All Time”.

In May 2012, the title track was inducted into the Library of Congress’ prestigious National Recording Registry. The song also reached #1 on the Billboard R&B charts, a rare accomplishment for an instrumental track. The Rock n’ Roll Hall of Famers deliver other classics including “Comin’ Home Baby,” “Twist and Shout” and “I Got A Woman.” The collection will also include two live bonus tracks. This bona fide soul classic is a must-own!

There’s not a note or a nuance out of place anywhere on this record, which was 35 of the most exciting minutes of instrumental music in any category that one could purchase in 1962 (and it’s no slouch four decades out, either). “I Got a Woman” is the single best indicator of how superb this record is and this band was — listening to this track, it’s easy to forget that the song ever had lyrics or ever needed them, Booker T. Jones’ organ and Steve Cropper’s guitar serving as more-than-adequate substitutes for any singer. Their version of “Twist and Shout” is every bit as satisfying. Even “Mo’ Onions,” an effort to repeat the success of “Green Onions,” doesn’t repeat anything from the earlier track except the tempo, and Jones and Cropper both come up with fresh sounds within the same framework.
“Behave Yourself” is a beautifully wrought piece of organ-based blues that gives Jones a chance to show off some surprisingly nimble-fingered playing, while “Stranger on the Shore” is transformed into a piece of prime soul music in the group’s hands. “Lonely Avenue” is another showcase for Jones’ keyboard dexterity, and then there’s the group’s cover of Smokey Robinson’s “One Who Really Loves You,” with a ravishing lead performance by Jones on organ and Cropper’s guitar handling the choruses. Just when it seems like the album has turned in all of the surprises in repertory that it could reasonably deliver, it ends with “Comin’ Home Baby,” a killer jazz piece on which Steve Cropper gets to shine, his guitar suddenly animated around Jones’ playing, his quietly trilled notes at the crescendo some of the most elegant guitar heard on an R&B record up to that time. [The Concord Music Group reissued Green Onions in 2012, with live versions of “Green Onions” and “Can’t Sit Down,” both drawn from a live show in L.A. in 1965, and originally released on the album Funky Broadway: Stax Revue Live at the 5/4 Ballroom, added as bonus tracks].