With OBS Studio you can stream on Twitch, YouTube, Facebook, Periscope, Mixer, DLive, GoodGame, DailyMotion, Hitbox, VK, and any other RTMP server.

There are Windows, mac OS X, and Linux versions are available. You can also build OBS Studio from source code.

Any installation directions marked Unofficial are not maintained by the OBS Studio author and may not be up to date or stable.

NOTE: OpenGL 3.2 or later is required to use OBS Studio on Linux. You can check what version of OpenGL is supported by your system by typing the following into the terminal:

You can install OBS Studio on Ubuntu Linux with the following commands: 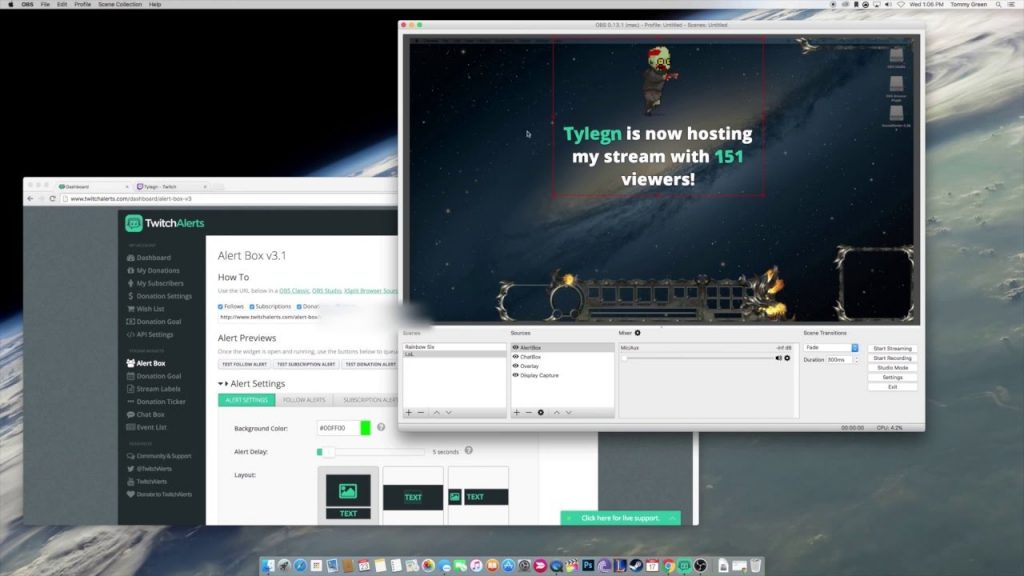