Pirates! Gold is the remake of Sid Meier’s award winning Pirates! And was developed by MPS Labs and published by MicroProse in 1993 for MS-DOS and Sega Genesis.

Pirates! Gold is the remake of Sid Meier’s award winning Pirates! And was developed by MPS Labs and published by MicroProse in 1993 for MS-DOS and Sega Genesis. One year later it was ported to Amiga CD32 and Macintosh.

This was the first remake of the original Pirates! and Included some minor enhancements to sound, graphics, and a few other features. For those unfamiliar with Pirates! The gameplay incorporates three different genres, strategy, action, and adventure. Playing in a large, open world, it gives you almost ultimate freedom with no linear storyline to adhere to.

You build your character and start out by receiving a letter of marque which gives them license to attack and capture enemies and bring them before courts to answer for their crimes. You can choose to be in the service of the Spanish Empire, the Dutch Republic, the Kingdom of England, or the French Colonial Empire. This does not mean you can’t decided to change your loyalties later and piracy is always an option. You can also choose one skill for your character to be a master of as well as which era you wish to play in. Each era changes what challenges are faced during the game and ship designs will vary to suit the times. Recruit crew members for your ship, but don’t forget to keep them happy. You wouldn’t want a coup on your hands, would you?

The object of the game is to make a name for yourself and you can do this however you please. Honest trading and seeking out treasures or just pirate and plunder your way through the lands. The choice is yours. The stats of visited lands are randomized from the beginning and will fluctuate and change during your playthrough.This will have an effect on different things, like your wealth. While there is no predetermined ending to the game, your character will age which makes staying in the pirate game difficult. At this point you can choose to retire, thus ending the game. Upon retirement the measure of your accomplishments is taken and the results determine what your reincarnated status will be in your next life.

Pirates! Gold has much to offer newcomers to the game, but it also has new missions and extras for those who are familiar with the original. With so many choices and all that freedom this game has major replay value. What are you waiting for? Set sail!

It's a Sid Meier's Pirates-style game (sail around with a ship, shoot at pirates!) that has the basics for a tycoon-style game (buy ships, assign trade routes). it will likely be a different scene with a Pirates-style controllable ship. The scenery of game sets in the Bermudas Isles. Build forts and buildings, and send your ships to lay siege to the enemy!.

anyfunmod is a game MOD of Sid Meier's Civilization 4 Beyond the Sword, It added other MOD's practical functions, and a lot of self-created function, my goal is to make the game easier, more convenient, more fun.Download Note:en: english lang (only for english version civ4 bts 3.19)cn: chinese lang (for Chinesization or japanese version civ4 bts 3.19, base is zh-cn, include zh-tw on text folder)Manual only have Simplified Chinese right now.

C4me aims to provide a convenient way of editing XML files (and, in a distant future, even more modding-related files) for modifications for Sid Meier's Civilization 4. It's now in its infancy and not really usable - join and help changing that!.

Civilization IV Mods houses and releases customization packages (mods) for Sid Meier's Civilization IV. The latest work is Realism:Invictus, a mod for the Beyond the Sword expansion.

Dawn Of Mankind is a turn-based single- and multiplayer strategy game in 3D, influenced by several games like Sid Meier's Civilization and Rise of Nations. The game concentrates on the early beginnings of mankind.

This is a mod developed for Sid Meier's Civilization IV and its expansion pack Beyond the Sword. The mod is about the three kingdoms period in Chinese History
SanGuo 196AD Mod for BTS License - GNU General Public License (GPL).

Access the supernatural wherever you go with the official app for Sid Roth's It's Supernatural! Network (ISN)!

Through ISN you can watch over 700 new and archived episodes of Sid Roth's It's Supernatural! as they stream to your device 24/7 on EDGE, 3G, 4G, or WiFi connections. Cs source gmod. Additionally, you will be able to watch new, original programming for ISN as it is released!

The basic goal of The Aceituna project is to create a massive multiplayer strategy game in the style of Sid 'God' Meier's Civilization, but adding far more detail and complexity, thus creating a 'living' world for the players to inhabite.
Aceituna License - GNU Library or Lesser General Public License (LGPL).

Tilt your phone to steer Rollin* Pirates to their beloved treasure. Good pirate fun for kids but addictive and challenging for adults as well.
Learn some pirate lingo as you play.
-*Tilt the phone to control the Rollin*s Pirates movement
-*A game for everyone in the family to enjoy
-*24 levels to test your skills
-*The best part; its free
V1.1
-*Reduced memory usage
-*Fixed bugs based on user feedback
. 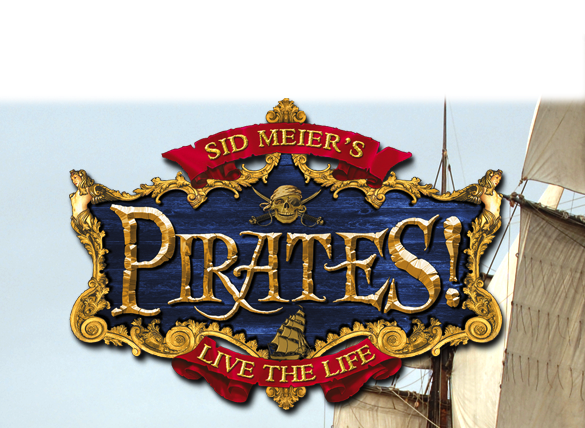 It is the year 2077, for the first time in its history mankind has finally began the colonization of another planet. Will the pioneers from Earth succeed in colonizing their new home or will they fail to survive against the harsh and inhospitable conditions of the Red planet?
FreeMars is a turn based strategy game about colonizing Mars. The game is influenced by Sid Meier's Colonization.
Turn based strategy, Mars colonization setting, Single player, Multi platform
Free Mars License - GNU General Public License version 3.

The super fan's guide to Civilization - created by fans, for fans. Wikia apps are always up-to-date with highly accurate, real-time information from Wikia’s vast fan community. The Civilization Game Guide features hundreds of pages of content created by gamers just like you. Find in-depth articles on all your favorite SidMeier Civilization games and expansions, including technologies, units, and buildings. Check out the information on wonders, civilizations, resources, city-states and much more.

Pirates Revolution is an addictive mixture of strategic, role playing and competitive fast-paced combats. Raise your own crew to conquer the ocean. Join a guild of players and rise through the ranks, or create your own GUILD to contest ownership of the World. Sailing out to the ocean is just the first step - your quest isn't over until you reign supreme over all others!