So I bought a GameCube controller adapter, and while it works fine on the Nintendo Switch and WiiU (it's intended use), I decided to try and use it to play some Super Smash Bros. Samsung data migration software for mac. I changed the USB driver with Zadig and tried disconnecting the adapter, reinstalling the driver, restarting my computer, etc. None of it has worked. Controller Adapter for Gamecube, Super Smash Bros NGC Controller Adapter for Nintendo Switch, Wii U and PC USB w/ 4 Port - Plug & Play, No Drivers Needed 4.4 out of 5 stars 312 £12.93. GameCube Controller Adapter for Wii U, PC USB, MAC and SWITCH - NEXiLUX: Video game accessories for connecting a Nintendo GameCube controller to Nintendo Wii U and Switch consoles as well as windows and mac computers; Uses 2 standard USB ports for connection; Ideal for playing a wide variety of games, including Super Smash Bros.

If you have the official gamecube adapter, the PC driver for it can be found here:

Additional information and discussion on it can be found here:

Port 1 is the far left-port, if the Wii U logo is facing up. Only the black cord needs to be plugged in (black is data, gray is rumble).

After downloading and installing, when you run the driver, it should look like this:

Click start, and assuming you have a controller connected, your controller is now active, as long as it says 'Driver successfully started, entering input loop.' It may take a moment to initialize:

Your gamecube controller will now work in-game. Go to the options menu, select Controls, then select Joystick (din) to enable DirectInput for the controller, and bind your main five keys. Unlock your angles in the Gameplay option menu and you will have full range of dash angles, just like in Melee, rather than just eight directions (if you're into that, not necessary. Locked angles works just fine on gamecube controller). With everything set up, you're good to go.

However, the D-pad won't be active (unless you bind an action to one of its directions, for some reason), nor will the C-stick, and you'll have to press all the way down to register shoulder button inputs. To fix that, see the next section:

If you want any controller to be read as XInput rather than DirectInput, you'll need a special program (Xbox controllers, even ones made by Logitech for example, should show as XInput already):

Download the 32-bit version (WaveLand is 32-bit) and place a copy of x360ce.exe into the directory where WaveLand.exe is, usually in Program Files (x86)SteamsteamappscommonWaveLand. This program will hook into WaveLand whenever the game boots up.

Start the x360ce.exe in WaveLand's directory. The first time it opens it should check for devices - it can detect a bunch of things, look for vJoy like this:

It will check for all four ports, you can click OK on the first one and cancel out of the next three if you don't want them, and ignore the 'misconfigured device' messages, but it'll continue to bug you about not configuring them. Using the 'Search automatically' and 'Search the Internet' features should pick the settings for you.

Depending on how many devices you have connected, you should have four controller tabs or so. You can see here I only enabled the first port and cancelled the last three: 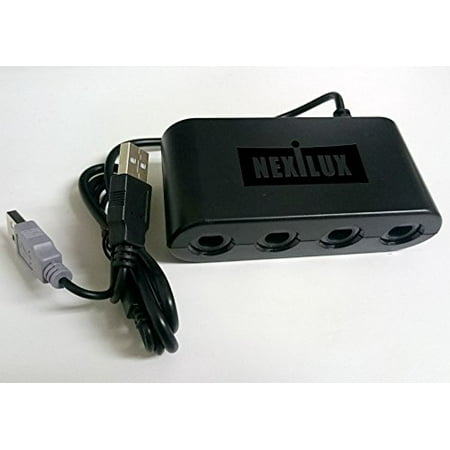 Select whichever tab you have enabled and map the inputs you want to the Xbox controller layout. After this, WaveLand will assume this controller is an Xbox controller, and will use XInput instead. You can select things from drop-downs, or select the 'Record' options and input what you want directly. You can use the auto button at the bottom but it miss-maps some stuff. If you cancelled out of configuring all the ports earlier, the program will probably hassle you at this point.

Here's how my setup looks:

Test your buttons and sticks, make sure they show up in the right place on the layout.

Save and exit. (If you just exit out it should prompt you to save.) This will create some files in the WaveLand directory, make sure not to move or delete those. If you install the game somewhere else, moving these config files and the x360ce executable should carry over the settings.

You don't ever have to open x360ce again, unless you want to set up new controllers or change the mappings, or you're making a new instance for some other game. x360ce works when its window isn't open.

Now the D-pad will work for general movement/menus along with the control stick, and the shoulder buttons will register input with analog press (not just full press until it clicks). Mess with dead zones in the gamecube adapter driver to change sensitivity. If you use a shoulder button to dash, now you don't have to press as far and wreck your tendons! Wow!

Gamecube shoulder button full-press clicks actually register as separate buttons, so if you'd like to map those on the Xbox configuration menu, they're buttons 7 (L) and 6 (R) - if you don't map them to shoulder/bumpers they might not function correctly, as far as I've seen.

You can cancel out of button assignments with F1, which will leave all buttons as 'Unbound', but this is temporary and won't really save (at least on 1.1.4), so use the above method.

x360ce works for controllers in general - for example I have a MayFlash adapter and use a Wii Classic Pro controller through it, which normally registers under DirectInput fine, but now does so as XInput, which means extra reliability in some regards. This is how my setup looks for that controller:

If you have any additional questions, feel free to hit up the community discord. Someone will probably be able to help you: